Ayesha Shroff shared a childhood picture of Tiger Shroff and expressed pride over her son's achievements as an actor. 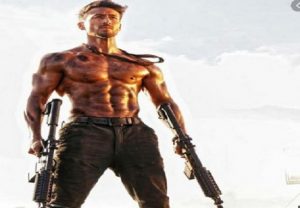 The actor who just turned 30 is currently on a promotional spree for his upcoming action-drama 'Baaghi 3'. 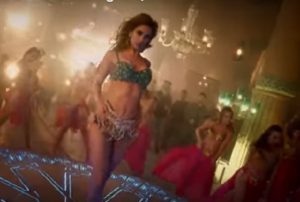 The 27-year-old actor shared the news of the music release on Instagram on Thursday and wrote: "Get ready to bring the house down with the sassiest song of the year. #DoYouLoveMe out now. 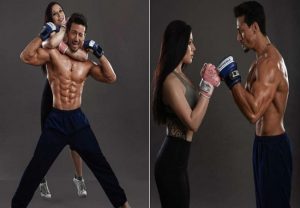 Tiger Shroff has a great bond with his younger sister Krishna Shroff. The two shell out major sibling goals. From hitting the gym together to having a lush time at family vacays and pulling each other's leg on social media, Tiger and Krishna are one of the most iconic star siblings of Bollywood. Tiger, like every typical brother, drops hilarious comments on Krishna's Instagram pictures. On the other hand, the latter responds with mushy comebacks to annoy her brother. Thackeray took to Twitter and wrote: "It's a celebration of 100 years of Marine Drive, and what better way celebrate than to have 55,000 enthusiasts running in the @TataMumMarathon . Today @iTIGERSHROFF and I unveiled the trophy for this year."

In the movie 'Baaghi 3', Tiger will be seen paired with Shraddha Kapoor. The movie will also feature Riteish Deshmukh. Helmed by Ahmed Khan, the movie is expected to release in March 2020.

Kirti Sanon & Disha Patani are pure delight in these photos

B-Town’s glamorous girls Kirti Sanon and Disha Patani along with Tiger Shroff grab eyeballs and camera attention, whenever caught in public. Here are some images, caught by shutterbugs.

this is the fifth Yash Raj Films to cross Rs 100 crore plus net box-office collection over the third day after 'Dhoom 3', 'Sultan', 'Tiger Zinda Hai' and 'Thugs of Hindostan'.