PM Modi tweeted, "Mother ... With the blessings of crores of mothers like you, countless people like doctors, nurses, medical staff, policemen, security personnel, scavengers and media workers who are fighting the corona virus will get inspired." "In Mumbai Metropolitan Region, Pune, Pimpri-Chinchwad, Nagpur - which have international airports, all shops (other than essentials) and offices to remain closed till March 31, 2020," Thackeray said today in his address to the state. The Union Ministry of Health and Family Welfare on Friday said that so far 81 confirmed cases of coronavirus have been reported in India out of which 64 are Indians, and the rest are foreign nationals. Thackeray said that though he is no longer associated with the BJP, he is not separated from Hindutva. BJP does not mean Hindutva, both are different, he added. 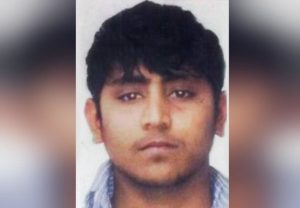 President Ram Nath Kovind had on February 5 rejected the mercy petition of convict Akshay Singh Thakur. So far, mercy petitions of Vinay Sharma and Mukesh Singh have also been rejected. Saamana, a Marathi publication, was launched by late Shiv Sena supremo Balasaheb Thackeray, who had also served as the party periodical's editor.

It hurts when someone badmouths Savarkar, confronted ‘big’ oppn leader once: Nitin Gadkari

The senior BJP leader added that one should initiate dialogue with opponents and tell the truth to change their negative perceptions as well as hearts. MNS poster stating to give Rs 5,000 reward over information about Pakistani, Bangladeshi infiltrators

Earlier this month, a poster was put up by MNS near Matoshree, the residence of Maharashtra Chief Minister and Shiv Sena leader Uddhav Thackeray, asking him to start cleaning up his own locality first of infiltrators from Pakistan and Bangladesh.

Shiv Sena might be wearing bangles, not us: Fadnavis slams Shiv Sena over Waris Pathan’s remark

Facing flak over his remarks Pathan later took back his words and had said he had not targeted any community but had spoken against members of some organisations.