The Director General has been asked to submit the report within two months.

The watchdog ordered the probe based on a complaint filed by Delhi Vyapar Mahasangh, a traders’ body, which alleged that most of the preferred sellers are affiliated with or controlled by Flipkart or Amazon either directly or indirectly. 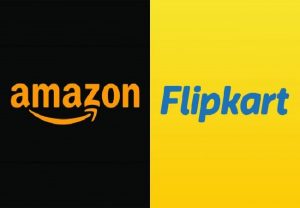 “These platforms are allegedly capable of influencing prices being charged by sellers by providing several discounts as well as inventory (in the form of private labels at the B2B level) to the sellers. Flipkart and Amazon also gather data on consumer preferences and allegedly use them to their advantage,” the watchdog added.

It has been alleged that these preferred sellers are an extension of Amazon and Flipkart operating through different proxy entities blessed with the support of these marketplaces, the CCI said.

“Competition on the platforms may get influenced in favour of the exclusive brands and sellers through higher discounts and preferential listing. Thus, the allegations are interconnected and warrant a holistic investigation to examine how the vertical agreements operate, what are the key provisions of such agreements and what effects do they have on competition,” it further said.

“It is alleged that Amazon and Flipkart are able to cross-subsidise because of the huge amount of funding received from their investors, which has resulted in incentives that allow pricing below cost on their platforms through their sellers, resulting in the creation of high-entry barriers and high capital costs for any new entrant in the market. Resultantly, the existing sellers find it difficult to launch their own portals or marketplaces in order to compete with Amazon and Flipkart,” the CCI said.

The watchdog said there exists a prima facie case which requires probe by the Director General.

“Thus, the commission observes that the exclusive arrangements between smartphone/mobile phone brands and e-commerce platform/select sellers selling exclusively on either of the platforms, as demonstrated in the information, coupled with the allegation of linkages between these preferred sellers and opposing parties alleged by the informant merits an investigation,” the CCI said.

“It needs to be investigated whether the alleged exclusive arrangements, deep-discounting and preferential listing by Amazon and Flipkart are being used as an exclusionary tactic to foreclose competition and are resulting in an appreciable adverse effect on competition contravening the provisions of Section 3(1) read with Section 3(4) of the Act,” the order said.

The CCI also said that “nothing stated in its order shall tantamount to a final expression of opinion on merits of the case and the Director General will conduct the investigation without being swayed in any manner whatsoever by the observations made therein.”