Over 56% people in Delhi have developed antibody against COVID-19, shows latest Sero Survey

In a tweet, Jain said, "In the fifth Sero survey done in the national capital of Delhi, antibodies have been detected in 56.13 per cent of the populatio Ramaphosa also said that a further nine million doses would come from Johnson and Johnson, which has contracted Aspen, one of the major pharmaceutical companies in South Africa, to manufacture these vaccines in the country. Union Health Minister Dr Harsh Vardhan on Saturday said that the world's largest vaccination drive is going on in the country and is progressing quickly with 37 lakh plus beneficiaries vaccinated in the first 15 days. During her previous budget speech, she has quoted various eminent leaders. However, this is the first time she has mentioned Rabindranath Tagore, 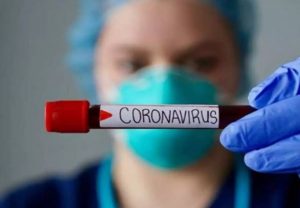 The national capital has reported four deaths in the last 24 hours, taking the cumulative death toll to 10,853. The overall recoveries reached 6,22,882 after 211 new discharges.

The Union Health Ministry has approved two vaccines, Covishield and Covaxin, under Emergency Use Authorisation (EAU). Covid-19: Kerala continues to report the highest daily new cases at 6,268. It is followed by Maharashtra with 2,771, while Tamil Nadu reported 509 new cases. Coronavirus in India: On January 16, Prime Minister Narendra Modi inaugurated the world's largest inoculation drive against COVID-19. The drive is estimated to cover about 3 crore people by the end of its first phase.