Shafali has played just 18 T20Is so far, but with remarkable batting performances in the ongoing Women’s T20 World Cup, she has managed to reach the pole position. The youngster has scored 485 runs in the shortest format of the game at a strike-rate of 146.96. In the ongoing tournament, she has made 161 runs, with the highest being 47 against Sri Lanka.

Smriti Mandhana has dropped down two spots and is now ranked six. Jemimah Rodrigues has also slipped two positions and is now at the ninth spot. In terms of bowling rankings, India’s Poonam Yadav, who took four wickets in the first match against Australia, has risen four slots to reach the eighth position.

Deepti Sharma and Radha Yadav are in the fifth and seventh positions respectively. 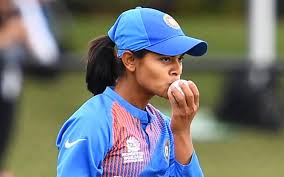 In terms of bowling, England’s 20-year-old Sophie Ecclestone has reached the number one spot. (ANI)

CSK fans in meltdown as Suresh Raina, MS Dhoni ‘Reunite’ ahead of IPL 2020