As Alia Bhatt’s ‘Sadak 2’ becomes lowest-rated film of all time, here is how KRK rejoiced

KRK, known for his antics, rejoiced over the dismal failure of Alia Bhatt starrer movie and tweeted that this is just the ‘beginning of war against nepotism’. 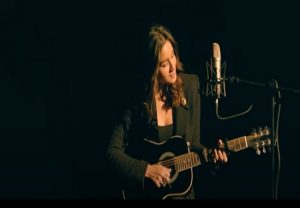 Ahead of Sadak 2 release, ‘Tum Se Hi’ reprise by Alia Bhatt is out!

In the three-minute and 26-seconds long video, Bhatt is seen sitting in middle, under the spotlight with a guitar. She is sported in a black-on-black attire. Released on August 12, the trailer of Sadak 2 has been trolled by many netizens as it is seen by people as a shining example of Bollywood nepotism The film that marks Mahesh Bhatt's return to direction after 21 years continues from the plot of 'Sadak' that was released in 1991 with Sanjay Dutt and Pooja Bhatt in the lead. Alia Bhatt gets her hair cut at home by a ‘multitalented loved one’; check out her new hairstylist here

The actress shared a post-workout selfie and shared that during the lockdown, she has become fitter. Bollywood supports Sonakshi Sinha in her ‘Bid for Good’ initiative

Earlier in the day, Sonakshi Sinha shared a video on Twitter and explained about her new initiative -'Bid for Good'. The couple flew to New York for treatment in September that year. Neetu was with the late actor throughout and didn't leave his side. After spending one year in the Big Apple, the couple returned to Mumbai in 2019.