Khurrana is currently spending time with his family in Chandigarh as the city is returning to normalcy. With all safety measures in place, the 35-year-old actor wrapped up shooting.

The film, directed by Anubhav Sinha, is loosely inspired by the heinous Badaun rape incident of 2014 when two teenage girls were allegedly gang-raped and gruesomely murdered by hanging them from a tree. The film was slated to hit the screens on April 17 but was deferred because of coronavirus crisis and will now release directly on Amazon Prime Video tomorrow.(ANI) Big B shares behind the scenes picture from ‘Gulabo Sitabo’

Along with the picture, the 'Don' star wrote, "The space between the eyebrows is called what? Did you know ..? It's called GLABELLA !! that's Gibo Sibo touch up before shot. Ayushmann Khurrana put out a picture with Karan on Instagram and wished him on his birthday. "Happy bday karanjohar," she posted along with a heart emoji. The quirky comedy was earlier slated to hit the screens on April 17 but could not see the light of day due to the shuttering of cinema theatres over coronavirus concerns. In the fifth picture, she is seen beside crystal clear water of a seacoast. The last picture features Sara in an ice-covered backdrop where she is packed in cold-resistant jackets while sitting on a sleigh posing for the camera. 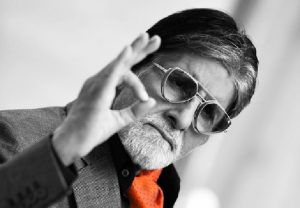 The thespian also shared two pictures, the first being an Animoji was seen blinking while the second picture featured a throwback picture of the star from his younger days. He is seen sporting a white kurta in the picture while he looks into the camera. 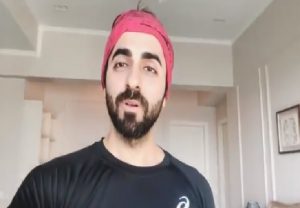 As the country battles the novel coronavirus, the song is an attempt to uplift the spirit of the togetherness of every Indian during the unprecedented crisis.