An FIR was filed by the Patna Police against Chakraborty on a complaint filed by K K Singh, under several sections of the Indian Penal Code (IPC) including abetment of suicide. A team of Bihar Police is in Mumbai to probe the case. 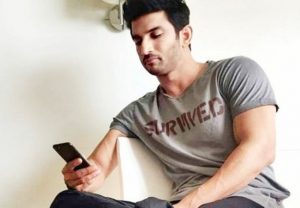 A team of Bihar Police is in Mumbai to probe the actor's death after an FIR was filed by Rajput's father KK Singh against late actor's girlfriend Rhea Chakraborty in Bihar in connection with the death case under several sections including abetment of suicide.

Bihar Director General of Police (DGP) Gupteshwar Pandey on Saturday said that the police are "fully capable" of conducting the investigation in the matter. According to the Maharashtra police, statements of 41 people, including filmmaker Mahesh Bhatt, film critic Rajeev Masand, director-producer Sanjay Leela Bhansali, and filmmaker Aditya Chopra have been recorded in the investigation so far.

Since June 18, two sub-inspectors from Bihar Police have been waiting outside Mr Sidhu's residence for 4-5 hours daily to get his signature on a bail bond paper.

The Congress leader asked the Prime Minister if in "the 'Naya Bharat' that you have promised the nation, FIRs will be filed every time a citizen is critical of the government or its policies?"