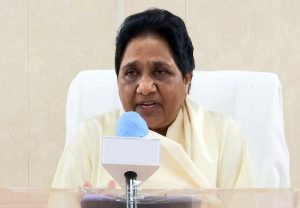 CM Yogi led UP Cabinet had cleared the ordinance, proposing a maximum punishment of 10 years and fine for "love jihad" related offences on November 24. 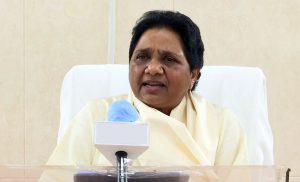 New Delhi: Bahujan Samaj Party (BSP) has changed its president in Uttar Pradesh. Bhim Rajbhar has been appointed as the... Gang-rape in UP's Balrampur: BSP chief Mayawati expressed her anger towards the unstoppable rape cases in Uttar Pradesh. She said that UP CM Yogi Adiryanath should resign if he can't ensure safety to women. Law and order in UP worsening, Yogi govt has failed to control crime: BSP

The girl was allegedly raped and murdered in Isanagar in Lakhimpur Kheri on Friday. Later, the police recovered her body from a sugarcane field in Isanagar. 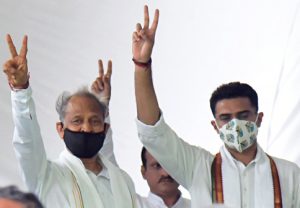 The remarks came after a meeting of Congress Legislature Party which was attended by Sachin Pilot, whose rebellion had caused a crisis in the Congress government in the state. Meanwhile, the Bharatiya Janata Party (BJP) and their allies will bring a no-confidence motion in the Assembly on Friday, said Gulab Chand Kataria, leader of the Opposition in the Rajasthan Assembly. BSP approaches Rajasthan HC against its MLAs’ merger with Cong

The development comes as Rajasthan Congress is reeling in a political crisis after simmering differences between Gehlot and his deputy Sachin Pilot came out in the open. Pilot, along with 18 other MLAs supporting him, is staying at a Haryana hotel. On Sunday, the BSP issued a whip to six MLAs, asking them to vote against Congress in case of a no-confidence motion or any proceedings to be held during the Rajasthan Assembly session.

"The anti-defection bill which was passed unanimously in Parliament had the intention of discouraging defections. The Congress has engineered defections time and also in Rajasthan against the BSP," Bhadoria said.