The Defence spokesperson had earlier informed that operations to evacuate the injured have been hampered by heavy snow and rough terrain conditions.Army The country's total number of positive cases of coronavirus touched 31 on Friday. The virus which originated from China's Wuhan has so far killed more than 3,200 people globally. 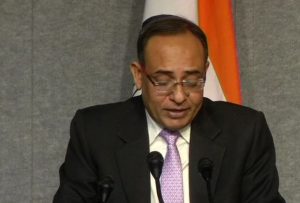 2G mobile data on postpaid mobile for accessing whitelisted websites shall be allowed in all 10 districts of Jammu and Kupwara, Bandipora in Kashmir division.

An exchange of fire is currently underway between security forces and terrorists in Pulwama district's Tral in Jammu and Kashmir.

No manhandling of people at MLA hostel in Srinagar, says J-K police officer

Alleging mistreatment, she put out another tweet in which she claimed that, "Manhandling started when Sajad Lone was repeatedly frisked and asked to undress. New jail windows are blocked with wood, lacks heaters and has surveillance jammers. If a man who PM Modi called his younger brother is being humiliated like this, imagine the plight of others."