Earlier on Thursday, security forces busted three hideouts of terrorists in Awantipora in South Kashmir's Pulwama district during a raid conducted by Jammu and Kashmir Police along with Army's 50 Rashtriya Rifles (RR) and 130 Battalion of CRPF The accused had been undergoing judicial custody since September 2018 in another Jaish-e-Mohammed related case investigated by NIA. Intelligence agencies have alerted police that the terrorists are likely to enter Delhi via road using a bus, car or taxi. Delhi Police has been kept on high alert and an alert has also been issued at all bus stations and railway stations. 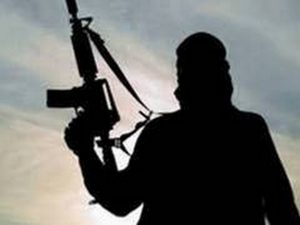 The convoy was attacked by some unknown terrorists close to the Mahipar area of eastern Kabul around 7 am, resulting in one guard killed and another wounded, TOLOnews quoted Qayyum as saying.

Notably, this is the second attack on security forces in the Valley since the Narendra Modi-led government has revoked special status of Jammu and Kashmir.

The orange alert is the second-highest level of alert second only to Red alert which, if issued, would entail closing of schools and restriction on movements in airbases.

The security forces are kept on high alert in and around these bases, state government sources.

Remembering 26/11: Some facts you need to know about deadliest terror attacks on Indian soil