The arrests were made after a raid at Dragonfly pub for keeping the establishment open beyond permissible time limit and not following Covid norms. The girl's father, a migrant labourer from Bihar, had filed a police complaint accusing Surpreet Singh of taking his daughter from their home on the pretext of giving her biscuits on Wednesday afternoon, after which she did not return. Anurag tweeted, "I am sorry that I am doing this but this chat is from three weeks before he passed away. A video went viral on social media of a private security guard, Sanjay Mishra, beating up an elderly woman. Rana has been charged "with murder and murder conspiracy in India, according to court documents", he had however been cleared of the more serious charge of "providing support for the attacks in Mumbai." 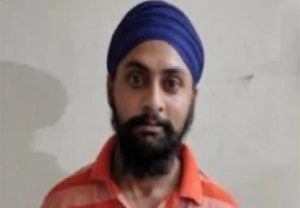 Tirath Singh was arrested after Punjab Police provided information about him to UP ATS. It is learnt that Singh was booked by Mohali poilice under in the Unlawful Activities (Prevention) act in January 2020. During further investigation, 4 other terror associates, Younis Mir, Aslam Sheikh, Parwaiz Sheikh and Rehman Lone, all residents of Khansaib who were "involved in providing logistic support and shelter to LeT terrorists" were also arrested. Gujarat ATS has nabbed the two key accused in the Kamlesh Tiwari murder case. Ashfaq Hussain and Moinuddin Khurshid Pathan were arrested by the Gujarat Anti-Terror Squad near Shamlaji at the Gujarat-Rajasthan border.Both Ashfaq and Moinuddin were wanted for allegedly killing Hindu Samaj Party chief Kamlesh Tiwari in Lucknow on October 18.

Aarey Row: 38 arrested, 55 detained during protest against cutting of trees

The protesters opposed the cutting of trees for the construction of the car shed of the metro station. They have demanded the relocation of the bus depot, which is a part of the Metro III project.