The CEO has been asked to furnish responses to the government’s query regarding the privacy, data transfer and sharing policies, sources said today.

WhatsApp may be leaking your contact details on Google Search: Check here

Independent cybersecurity expert Rajshekhar Rajaharia reported on Twitter that info from WhatsApp Web was being leaked to Google search, the phone numbers are allegedly part of the URL being indexed by Google. 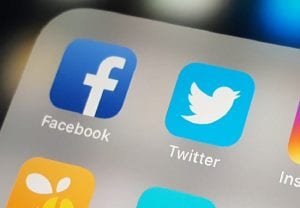 Parliamentary standing committee on IT has summoned Facebook and Twitter officials on January 21, in connection with the prevention of misuse of social media.

The decision to postpone the privacy update has been taken due to "misinformation causing concern" among people, the company said.

The petitioner said that the changed policy violates the Right to Privacy of the citizens of India, which is a fundamental right guaranteed in the Part-III of the Constitution of India. According to Mashable, in a move towards helping users connect with different artists and brands in an easy manner, Facebook pages will now only show the number of followers along with a dedicated news feed section for users to join conversations, interact, and engage with others.

Presently available in the US, Facebook Protect offers a means for politicians, government agencies, and election personnel to set up additional safety provisions such as two-factor authentication and real-time tracking for potential hacking threats.