December 26, 2004 was the day when massive Tsunami triggered by earthquake of magnitude 9..1 completely razed coastal areas in Tamil Nadu and ravaged many Asian nations including Indonesia, Sri Lanka. More than 230,000 people were killed in South Asia. Today, as we mark the 16th anniversary of Tsunami, locals in Tamil Nadu paid floral tribute to 2004 Tsunami victims at Marina Beach in Chennai. UP CM said that Purvanchal Expressway will emerge as the backbone of the development of Eastern Uttar Pradesh and it will give strong impetus not only to economic activities but will also unravel scores of employment opportunities for youth. West Bengal, Odisha, Maharashtra, Karnataka, Madhya Pradesh, and Sikkim to get funds for cyclones “Amphan’, and ‘Nisarga’, floods and landslides that occurred during 2020 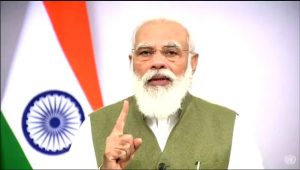 Taking to Twitter, PM Modi said, "Spoke to Maharashtra CM Uddhav Thackeray Ji regarding the situation arising due to flooding and heavy rain in parts of the state. My thoughts and prayers are with those sisters and brothers affected. Reiterated Centre’s support in the ongoing rescue and relief work." 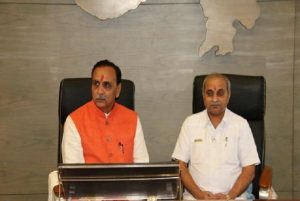 Battered by floods, Gujarat farmers have a ray of hope; Rupani govt to assist those who lost their crops

Gujarat govt has decided that farmers who have lost their crops due to heavy rains in the state will be provided assistance on the basis of State Disaster Response Fund (SDRF). According to IAF, the aircrew along with the Garud commandos, carried out the rescue operation with pinpoint precision and professionalism.

Disaster management teams of districts are continuously active, he said. The Chief Minister has directed the commissioners of Hoshangabad, Jabalpur, and Indore divisions to keep reviewing the situation. The National Testing Agency (NTA) has announced that JEE will be held from September 1 to 6 and NEET on September 13. "Thank you @akshaykumar ji for your kind contribution of Rs 1 crore towards Assam flood relief. You have always shown sympathy and support during periods of crisis," Sonowal tweeted.

The torrential rains have battered Kerala’s many regions for past couple of days. Many rivers are flowing above danger mark while banks were breached at many points. Karnataka is also witnessing flood-like situation as many areas have been submerged due to rains.