Journalist Prashant Kanojia arrested by UP police for morphed post Journalist Vikram Joshi, 35, was shot at by unknown miscreants near his residence in Vijay Nagar, Ghaziabad on July 20. He succumbed to his injuries at a hospital on Wednesday.

UP journalist shot at in Ghaziabad, 5 arrested

The incident occurred last night, days after Vikram Joshi, a journalist had filed a complaint with Vijay Nagar Police Station stating that some men were harassing his niece. The miscreants opened fire at Joshi near his residence yesterday. 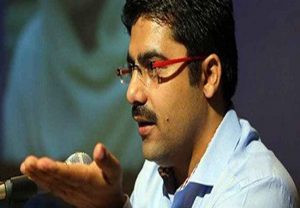 Acting swiftly on scribe’s tweet, the Gujarat administration came forward and gave him the permission to travel to his native place so that he can attend his mother’s last rites.

Devdikar, 44, was arrested from Katras area in Jharkhand's Dhanbad district. He will be produced before the Judicial Magistrate today.

Joymala Bagchi, a journalist with ANI, suffered injuries on her face and arms after she was attacked by two bike-borne robbers in broad daylight. The assailants dragged her out of a moving auto-rickshaw, snatched her phone and managed to flee the spot.

On July 7, during a press event organised for her upcoming film 'Judgementall Hai Kya', the actor lambasted a reporter for writing "dirty things" about her film 'Manikarnika', which marked her directorial debut

"We have come across a video where a journalist has been beaten up & put up in a lock up. DGP UP OP Singh has ordered for immediate suspension of SHO GRP Shamli Rakesh Kumar & Const. Sanjay Pawar," UP police tweeted.

Journalist Priya Ramani has pleaded not guilty and claimed trial as a Delhi court frames defamation charge against her in a case filed by former Union Minister MJ Akbar.