Birla made the remarks soon after the House met for the day and opposition members pressed for a discussion on Delhi violence on their adjournment notices. 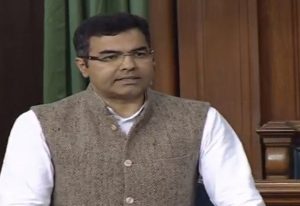 Initiating the debate on the motion of thanks to the President's address in Lok Sabha, Verma said the original copy of the Constitution contained images of Lord Ram, Lord Krishna and Lord Hanuman. The CAA is not intended to take away the citizenship of anyone. The bill proposes to grant citizenship to persecuted minorities of three neighbouring countries," he explained. A galaxy of top opposition leaders will grace the swearing-in ceremony of JMM chief Hemant Soren as Jharkhand Chief Minister here on Sunday. Chief Ministers of as many as six states have also confirmed their presence.

The Home Minister made this statement while addressing an event after laying the foundation stone of Bharat Vandana Park in Dwarka region of Delhi.

Hours after JDU decided to support Citizenship (Amendment) Bill, 2019, two of its office bearers -- Prashant Kishor and Pavan K Verma -- have come out in open against their party's stand on the Bill

Replying to the debate on the Citizenship Amendment Bill in Lok Sabha, Union Minister Amit Shah said the legislation would not do injustice to Muslims. In his more than one-hour long speech, he answered various questions which were raised by various parliamentarians.