Dressed in crisp white shirts and holding fried chicken legs, the ministers were seen at the event organised at Tank Bund area in the city on Friday by a leading chicken broiler selling company. 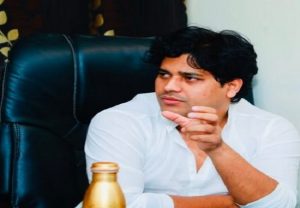 Permission for the said event was granted by Hyderabad Additional Commissioner of Police to the program organisers with certain guidelines including that poetry program should be held on February 24 from 6 pm to 9 pm, and no speaker should give provocative speeches in the program. 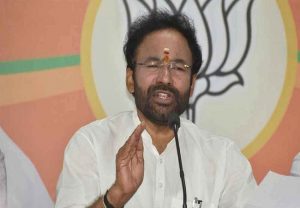 The AIMIM leader also said: "We want to tell the Prime Minister that the snakes you raised in your backyard will bite you." Earlier, the makers had shared the first look of Kangana as actor-turned-politician J Jayalalithaa where Kangana Ranaut looked unrecognisable in the makeup of stalwart politician Jayalalithaa and is seen posing like the former Chief Minister of Tamil Nadu.

The tableaux proposals received from various States/UTs and Central Ministries/Departments are evaluated in a series of meetings of the Expert Committee comprising of eminent persons in the field of art, culture, painting, sculpture, music, architecture, choreography etc.

‘You were quiet when rape was used as a political weapon’: Smriti Irani to Opposition MPs

The debate in the Lower House comes after all four accused in the rape and murder of a veterinarian in Telangana were killed in an encounter with the police when the accused tried to escape while being taken to the crime spot, police said on Friday morning.

Girl students celebate over Telangana rape-murder accused encounter. Students came out of their classes to celebrate. They danced and distributed sweets to celebrate.

The four accused were arrested and were in judicial custody and lodged in high-security cells at Cherlapally Central Jail in Hyderabad.

According to the police, When all the four accused were being taken to the scene of the crime, where the charred body of the doctor was found, they tried to escape and were shot at.