Following in the footsteps of food delivery company Zomato, Bhautik Sheth, the founder of iVIPANAN announced 12 days of period leave per year for its female staff with immediate effect. 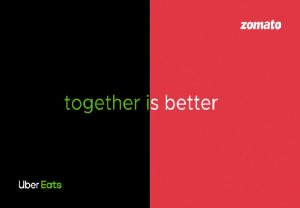 Uber had projected an operating loss of ₹2,197 crore in its food delivery business for the five months through December 2019, according to a valuation report prepared by KPMG affiliate BSR and was part of regulatory filings.

UberEats is expected to help Amazon achieve this. The food delivery service, which is valued at $300 million, was initially in talks with Swiggy over acquition, however, the talks fell through over issues regarding valuation, the publication reports

In response to the query, McDonald's tweeted, "The meat that we use, across our restaurants is of the highest quality and is sourced from government-approved suppliers who are HACCP (Hazard Analysis Critical Control Point) certified."

Many appreciated Chakraborty’s effort, several others applauded the melodious voice of Pranjit Haloi.

Zomato's statement comes after its executives went on an indefinite strike protesting against delivering beef and pork, saying doing so hurt their religious sentiments.

A few days back, Zomato was in the news after a customer declined to receive an order which was being delivered by a non-Hindu rider. Reacting on the same, the company supported its employees.

In his tweet, Deepinder Goyal clearly wrote- ‘We are proud of the idea of India – and the diversity of our esteemed customers and partners. We aren’t sorry to lose any business that comes in the way of our values. In his statement, we can clearly see that, he did not mention Hindu or Muslim anywhere. His statement was distorted and presented wrongly.

The police in Jabalpur on Thursday sought a written undertaking from Zomato customer Amit Shukla that he would not spread religious hatred.

On Tuesday night, a man tweeted about cancelling his order placed on food delivery platform Zomato as the designated rider was a “non Hindu”. Zomato’s response to his complaint is winning the Internet. “Just cancelled an order on @ZomatoIN ,” Amit Shukla tweeted. “They allocated a non Hindu rider for my food they said they can’t change rider and can’t refund on cancellation.”